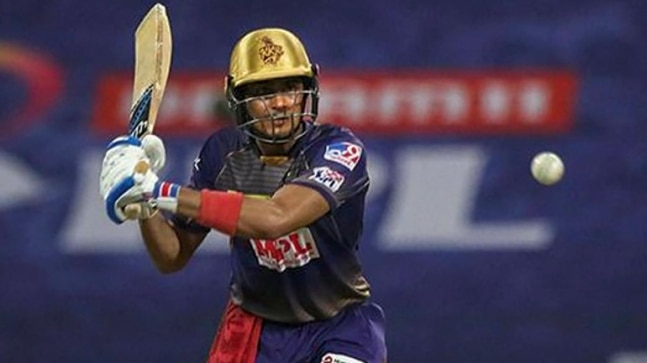 Kolkata Knight Riders defeated Sunriseers Hyderabad by 7 wickets on Saturday in Abu Dhabi’s Sheikh Zayed Stadium to taste their first victory in the IPL 2020 season and hop onto the points table.

KKR were clinical in their performance from the start and performed brilliantly in all 3 departments of the game to topple an off-beat SRH side. Shubman Gill smashed an unbeaten 70 off 62 and stitched a 92-run partenrship with Eoin Morgan (42 off 29) to make the run-chase a cake walk for the 2014 champions.

Opener Sunil Narine (0) was the first to depart in the second over before Nitish Rana hit a flurry of boundaries to give KKR a momentum. But Rana soon got carried away and edged one to wicketkeeper Wriddhiman Saha while trying to go for a drive on a T Natarajan delivery which moved marginally towards off.

Captain Dinesh Karthik walked in to join Shubam Gill but went back without scoring after misreading a googly from Rashid Khan. Gill, showed maturity and continued from the other end to keep the scorecard ticking and en route also brought his 4th IPL fifty off 42 balls in the 13th over. Eoin Morgan looked shaky in the beginning but gave the 21-year-old the perfect company and remained unbeaten with him.

Earlier in SRH’s innings, after Sunil Narine’s tidy first over, Pat Cummins unlike last match, started strongly and gave just 2 runs off his first over. With just 8 from the starting 2 overs, SRH captain David Warner took charge and slammed a six and a four in Narine’s second over. Cummins, on the other hand continued his good show and rattled Jonny Bairstow’s (5) stumps on the last ball of 4th over.

Manish Pandey, joined Warner at three and sent one into the stands on the very third delivery he faced. Pat Cummins continued with his spell and went for his first boundary on the 4th ball of his 3rd over. It was then that spinners Kuldeep Yadav and Varun Chakravarthy started bowling in tandem.

They kept Warner and Pandey silent for almost three overs and a wicket or a boundary was the prediction in the 10th over of the match. Chakravarthy assured that it’s a wicket for KKR and sent the SRH captain packing for 36 off 30 on the first delivery of his 2nd over. Anticipating for a spin, the Australian played it straight into the hands of the 29-year-old.

The occasion was perfect for Dinesh Karthik to hand over the ball to debutant Kamlesh Nagarkoti. The 20-year-old bowled decently and spent only 7 runs while bowling to Pandya and his new batting partner Wriddhiman Saha. Scores kept on moving in singles for SRH before Saha launched Chakravarthy’s last bowl of the day into the stands at the end of 16th over.

The next over saw Pandey hitting his first fifty of the IPL 2020 following a boundary and single off Pat Cummins. However, Andre Russell came in to bowl KKR’s 18th and his first of the evening to dismiss Manish Pandey (51 off 38), who went to play a ramp shot on delivery which was checked by umpires for a waist-height no-ball.

Mohammad Nabi, who walked in next struck a couple of boundaries, to help SRH post a below-par total of 142 for 4 at the end of their 20 overs. Saha (30 off 31) was dismissed by Russell on the 2nd delivery of the final over.