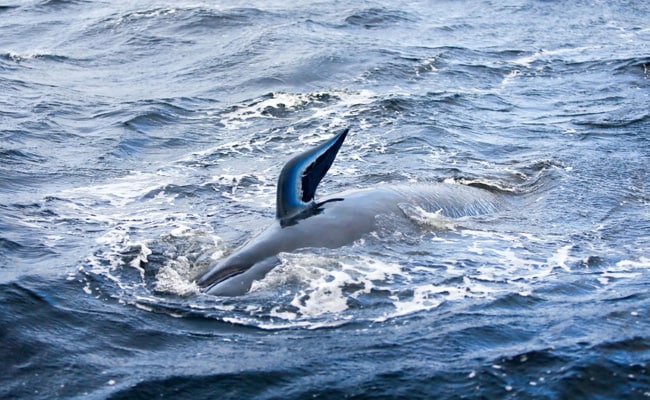 A stranded whale is seen near the remote west coast town of Strahan on the island state of Tasmania.

Australian wildlife officials began disposing of hundreds of dead pilot whales on Saturday after concluding there was no longer any hope of rescuing any more.

In Australia’s biggest whale beaching, 470 whales were first spotted on a wide sandbank during an aerial reconnaissance of rugged Macquarie Harbour in Tasmania state on Monday.

After days of difficult and dangerous rescue attempts, Australia said they rescued 108 whales, with the rest now believed to have died.

Rob Buck, Incident Controller and Parks and Wildlife Service manager, said 15 whales have already been disposed of at sea, but the operations to dispose of the remaining near 350 mammals was expected to take several days at least.

“Collection and disposal is being undertaken with the assistance of aquaculture companies whose equipment and expertise on the harbour is essential for a timely and effective outcome,” Buck said in an emailed statement.

The bodies of the dead whales were being separated into groups and enclosed with water booms to try keep them in one place and isolated from sharks and other predators.

Most of the released whales, a gregarious species that lives in deep waters, were expected to “regroup” and recover from the traumatic event, officials said.

China First Robot Spacecraft Venture Effectively Touched Down On The Lunar Floor Of Moon Accumulating Samples And Go back To Earth – चांद की...

China First Robot Spacecraft Venture Effectively Touched Down On The Lunar Floor Of Moon Accumulating Samples And Go back To Earth – चांद की...