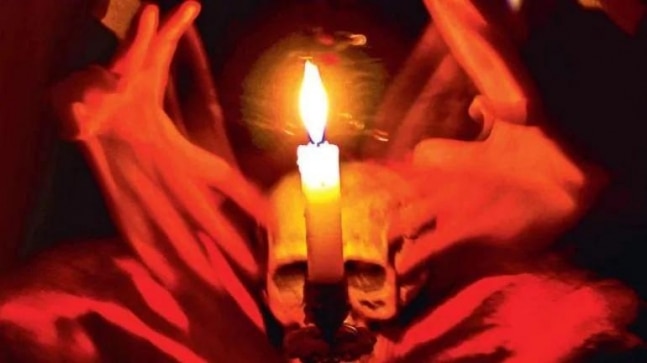 For the first time, the British Museum is showcasing one of its biggest and most comprehensive collection of Tantric materials in the form of an exhibition – Tantra: enlightenment to revolution.

Tantra: enlightenment to revolution is scheduled to take place in the British Museum from September 24, 2020, till January 24, 2021.

This is the first exhibition hosted by the museum since it opened post-coronavirus pandemic restrictions.

The exhibition showcases over 100 objects including masterpieces of sculptures, paintings, prints and ritual objects, depicting the history and evolution of tantric philosophy since AD 500 — when it emerged in India for the first time.

In the West, Tantra is often associated with sex and yoga. One of the most powerful motivation to host the exhibition has been to address the myths and wrong beliefs around a philosophy that has single-handedly challenged the orthodox about political and gender norms over centuries.

“Tantra is usually equated with sex in the West, but it should be understood as part of a broader philosophy of transgression. We will demonstrate Tantra’s enduring potential for opening up new ways of seeing and changing the world,” Dr Imma Ramos said.

This exhibition starts with tracing the history of Tantra in India, then takes us through the early medieval ages when it permeates the Buddhist philosophy.

By re-creating the Chausathi Jogini Mandir in Hirapur just outside Bhubaneswar, the exhibition attempts to convey the relevance of Yogini culture.

The exhibition then takes us through the Moghul era and moves to the British Raj when Tantra was seen as a force of revolution.

“On loan from the British Library is a confidential report published by a colonial police administrator which depicts anti-colonial activities of the Bengali revolutionaries and talks about their allegiance to Kali. As the front side piece, they include the image of Kali,” Dr Ramos said.

While exploring links of tantric philosophy to India’s fight for Independence, the exhibition also showcases how it impacted the rise of 1960s counterculture in the West.

The final section of the exhibition focuses on the 20th century and Tantra’s modern re-imaginings in Asia and the West.

To portray how Tantra has impacted the feminist thought and philosophy, some contemporary works by female artists have been showcased.

One by Sutapa Biswas — 1985: Housewives with Steak-Knives — evokes the Tantric goddess Kali in a modern feminist form quiet vibrantly conveys the strong impact Tantra has had on women empowerment.

In fact, this is one theme that finds resonance all across the exhibition.

Tantra believes in transcending the material by experiencing it rather than shunning it — “By passion, the world is bound; by passion too it is released”. Thoughts like these have challenged the orthodox order forever and still does.

Dr Hartwig Fischer, Director of the British Museum, said: “Tantra has been the subject of great fascination for centuries and continues to capture people’s imaginations. We’re delighted to present Tantra: enlightenment to revolution – the first historical exploration of Tantric visual culture from its origins in India to its reimagining in the West – where visitors will be able to explore the wider philosophies of Tantra.”

“We are most grateful for the support of the Bagri Foundation for making the exhibition possible,” Dr Hartwig Fischer said.

Dr Alka Bagri, trustee of the Bagri Foundation, a UK charity that supported this exhibition said: “We are excited to be part of an exhibition that we hope can change people’s perceptions about Tantric philosophy and its art, contributing to a greater understanding of this complex subject.”