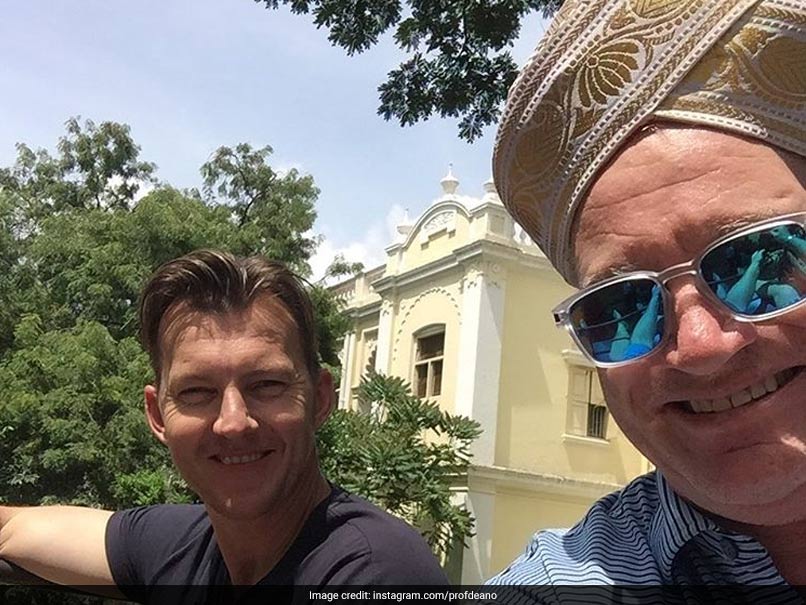 Former Australia batsman Dean Jones died on Thursday of a heart attack at a hotel in Mumbai. His compatriot and fellow-commentator for the ongoing season of the Indian Premier League, Brett Lee, was with him, and they had breakfast together earlier. When he suffered the cardiac arrest in the lobby of the hotel, Lee tried to resuscitate Jones by giving him CPR, but was unable to save him. Jones was 59. A beloved cricketer and commentator, Jones’ death came as a shock to the cricket fraternity.

Several players, former and current, took to social media to pay tribute to Dean Jones and condoled his death.

Jones played the famous tied Test between India and Australia at Chennai, smashing a double-century in what was his fifth appearance.

Jones finished his career with 11 centuries in the longest format of the game.

He made his ODI debut against Pakistan in Adelaide in 1984.

After announcing retirement from competitive cricket, Dean Jones made a name for himself in the broadcast arena and was known as one of the best voices in world cricket.

The Australian tried his hand in coaching as well and succeeded. He guided Pakistan Super League franchises Karachi Kings and Islamabad United to titles in 2016 and 2018 respectively.

<!-- -->Mira Rajput with her dad (courtesy mira.kapoor)Highlights"I love you Daddy," wrote Mira Rajput "Always have, always will," she added "You make us the women...
Read more
Marathi

<!-- -->Mira Rajput with her dad (courtesy mira.kapoor)Highlights"I love you Daddy," wrote Mira Rajput "Always have, always will," she added "You make us the women...
Read more
Marathi