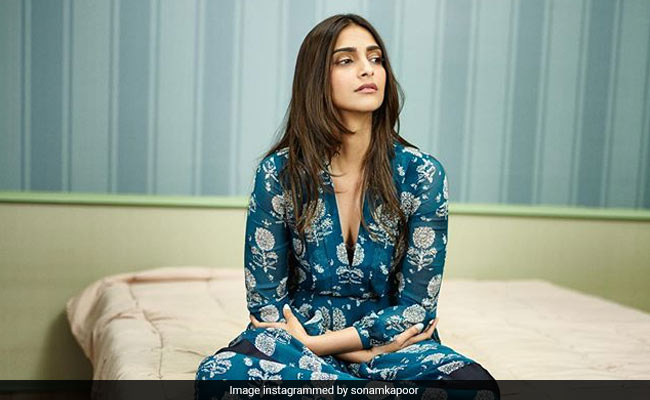 Sonam Kapoor, in her latest Instagram entry, revealed that she has been suffering from PCOS or Polycystic Ovary Syndrome for several years but is now “in a good place.” The actress, as part of her new Instagram series Storytime With Sonam, shared a few tips and hacks on how to deal with PCOS/PCOD based on her own experience. She posted a video, in which she can be heard saying: “I have been suffering from it for several years, since I was like 14 or 15 and it has been the bane of my existence. I have gone to several doctors and dieticians to help myself and right now, I am in a good place. I thought I will share my learnings with you guys.”

In the clip, Sonam Kapoor said that regular “exercise and yoga” has helped her a lot and added that those suffering from PCOD can also “avoid sugar” as it has proved beneficial in her case.

Sharing the video, Sonam Kapoor wrote: “Hi guys, going to share something personal here. I’ve been struggling with PCOS (Polycystic Ovary Syndrome) for quite some time now. PCOS, or PCOD, is a very common condition that a lot of women live with. It’s also an extremely confusing condition since everyone’s cases, symptoms and struggles are different. I’ve finally figured out what helps me after years of trying several diets, workouts and routines, and I want to share my tips for managing PCOS with you! Having said that, PCOS manifests in different ways, and I urge you to visit a doctor before you self-medicate or self-prescribe.”

Sonam Kapoor, who is a fitness enthusiast, often shares pictures and videos of herself working out on social media. Earlier this year, when she moved to London with her husband Anand Ahuja, the first place she visited after completing her quarantine period was a gym.

In terms of work, Sonam Kapoor’s last films were The Zoya Factor and Ek Ladki Ko Dekha Toh Aisa Laga, in which she co-starred with her father Anil Kapoor, Rajkummar Rao and Juhi Chawla.

Black Friday sale is all set to start on November 29 globally. However, Sony and Microsoft have already revealed the deals...
Read more
English

Black Friday sale is all set to start on November 29 globally. However, Sony and Microsoft have already revealed the deals...
Read more
English